GianLupo presents his “Smart Magic”, characterized by effects that have strong impact on the public and remain impressed in the mind of spectators for a long time.

An innovative, brilliant, elegant magic, characterized by elegance and sobriety. A show that adapts to any situation, making it unique and exclusive.

He lived 3 and half around mystery of the Caribbean island and then moved to Italy.

When he was 10 years hold begins to approach to Modern Magic alongside this passion to traditional studies.

At 12 years old presents his first magic show as the “Youngest magician of Italy” during an International Gala held at the Casino Ruhl in Nice.

On 2009 he graduated in Literature and Philosophy at the Catholic University of Milan. After graduating decided to deal exclusively with illusionistic art.

Over the years he improved around the world skills in the field of prestidigitation, theater, illusionism that have allowed him to perform with success to corporate events and private parties.

Gianlupo has worked for various private parties at prestigious locations. Here some of the companies that have benefited of its services: 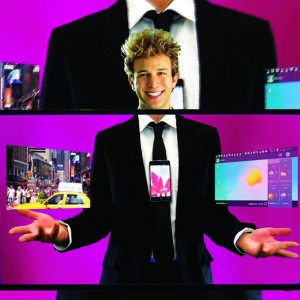 Techno Show is a new concept of magic. Created on 2013 during the international “Salone del Mobile – Milano”. It was presented at Ermenegildo Zegna District during LG Electronics event.Inside the show there are:Video Interactions, visual performance, video-projections,quick change performance, laser performance, levitations and illusions.An innovative show, engaging strong impact on the public, full of mystery and suggestion.All presented in a brilliant and smart way. A unique show suitable for corporate convention and business meeting entertainment.

Unlike traditional magic shows, Gianlupo has the opportunity to create a custom show with the use of your BRAND.

A real plus for those who want to give a touch of original exclusivity to your event, creating a unique show, ad-hoc for the occasion. 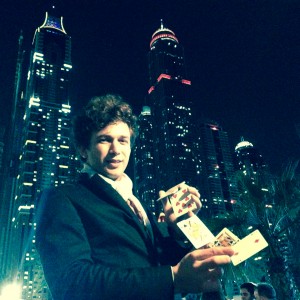 The show is presented with unique style characterized by sense of humor and savoir-faire.

All this happens at a one-to-one distance during a dinner or cocktail party in a way that audience can better feel, thanks to sophisticated techniques and refined psychological principles.

GianLupo have a know-how that allows him to customize illusions with the use of your LOGO / BRAND.

He can realize a show ad-hoc linked to company products, that can give a touch of original and exclusivity during presentations and events.

Write an email to ask more information about the show to : nardi.iuma@gmail.com 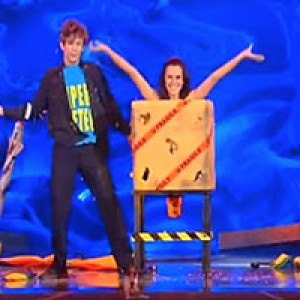 The show has been created on 2007 and performed for different Hotels & Resort in Europe.

Inside the show there are:

A show with strong impact on the public, full of mystery and suggestion. All presented in brilliant and smart way that allow the participation of the spectators.

Unlike traditional show of big illusions, the selected equipment of GianLupo has the possibility to be personalized with the use of your BRAND/LOGO.

Its big illusions do not follow a “Preset Theme” so his illusions have the potential to reflect the business features.

A real plus for those who want to give a touch of original exclusivity to their event, creating a unique show, ad-hoc for the occasion. 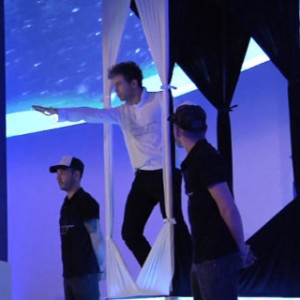 Have you ever thought of making unique and unforgettable the arrival on the scene of  ‘Company CEO or head of a department ?

Gianlupo and his staff may propose ad-hoc solutions . The show allows the appearance of a V.I.P. thanks to a great illusion of easy apprehension but with a strong impact on the audience. A spectacular illusion effect that allows you to make the entrance of a person’s most striking , make it remain in the minds of your customers for a long time .

All GianLupo’s performances have the particular special use of technological tools to emphasize the most of the magical effect .

Your V.I.P. will be projected on a structure shown initially empty , and little time later will appear mysteriously the V.I.P., leaving the audience speechless . An innovative great illusion completely customizable with videos related to the company. 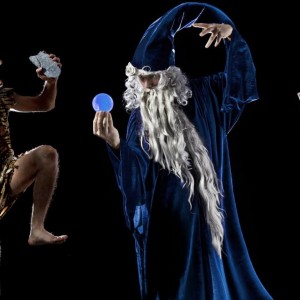 History Of Magic is a Quick Change Magic Act . The Show has unique style which tells the history of magic in connection with the evolution of man.

Gianlupo represents 5 characters icons of magic starting from the primordial era till to arrive modern time. Each character performs magic and illusions linked to the epoch and between one character and the other, there are  quick costume changes, some behind a backdrop and some completely exposed.

An original, unique and innovative show, presented for the first time in March 2011 for Disney.