Warning: Trying to access array offset on value of type bool in /home/iumam259/public_html/wp-content/themes/angel/BFI_Thumb.php on line 450

Warning: Trying to access array offset on value of type bool in /home/iumam259/public_html/wp-content/themes/angel/BFI_Thumb.php on line 451 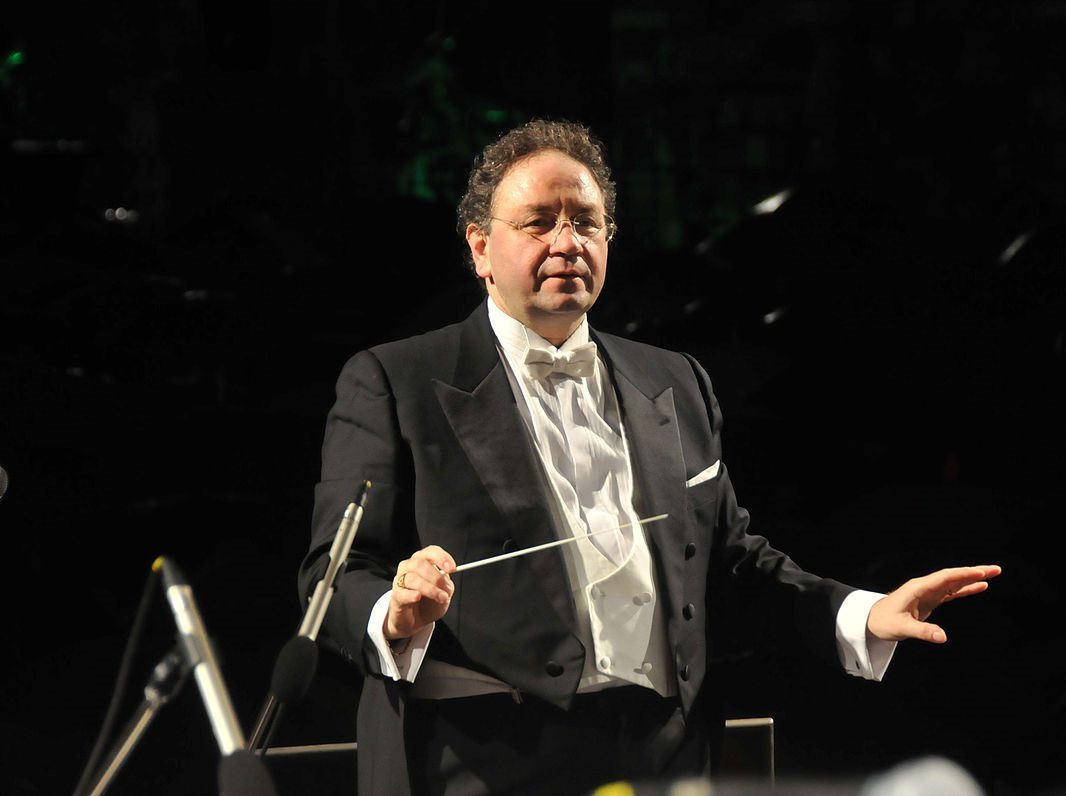 Born in Montecorvino Rovella (province of Salerno, Italy) in 1960, M° Giuseppe Lanzetta studied at the Luigi Cherubini Conservatory of Florence where he graduated in choral music, choirconducting and sacred vocal polyphony under the guidance of Maestro Pierluigi Zangelmi, in band instrumentation with Maestro Lorenzo Semeraro and later in composition with Maestro Franco Cioci.
In the course of his education, Lanzetta was able to study conducting under some of the great masters, most notably Bruno Campanella and Sir George Solti with whom both he later worked as an assistant. He then perfected his orchestra conducting studies with Maestro Franco Ferrara in Rome, Assisi, Verona, Siena and the choir conducting studies with Bulgarian masters George Robef and Samuil Vidas.
Lanzetta’s career has taken him all over the world, giving him opportunities to work with a wide variety of chamber and symphonic orchestras in Italy and Europe, including: the Regional Orchestra of Tuscany, “I Solisti forentini” of the Maggio Musicale Fiorentino, Ensemble of the Orchestra of the Accademia di Santa Cecilia, the Youth Orchestra of Italy, the Chamber
Orchestras of Rome and Verona, Orchestra dei Pomeriggi Musicali of Milan, Symphonic Orchestra of Sanremo, Symphonia Perusina, Orchestra of Kisiniev, the Russian National Opera, Symphony Orchestra of Moscow, Symphonic Orchestra of Volgograd, Donetsk Philharmonic Ukraine, Craiova State Orchestra (Romania), St. Petersburg Hermitage Orchestra, Johannes Strauss of Vienna, Moldavian Symphony, Chamber Orchestr of Israel, Arpeggione Chamber Orchestra (Austria), Chursachsische Philarmonie (Germany), Virtuosi of Prague, the Chapel Cracoviensis, Symphony of Debrecen (Hungary), the Symphony Orchestras of the Radio Television of Ljubljana, of Sacramento Symphony (California), Symphony of Gothenburg and Stockholm, the Symphony of Brasilia, Cordoba, Extremadura and Murcia, the Cairo Symphony Orchestra, Orchestra of Madeira, the Philarmonica Eidelberg, the Edmonton Symphony
(Canada), the Atlanta Symphony, The Istanbul Symphony, The Ico Tito Schipa of Lecce, the Symphony Orchestra of the province of Bari, the orchestra of the Magna Graecia, the Symphonic Orchestra of Bacau and that of Novi Sad on tour in 2004 in Austria, Joensu Philarmonich (Finland) , Aaken Sinfonie Orcheste, Wroclaw Philarmonic (Poland), The Toronto Symphony, The Poznan Philharmonic (Poland), the Solisti della Scala of Milan, and many others. In November 2003 Maestro Lanzetta did his debut in Berlin conducting the Berliner Symphoniker in the prestigious Philarmonie Grosser Saal. In May 2006 he conducted for the first time at Carnegie Hall in New York where he returned in 2008-2009.
Another highlight in his career was his participation in the Salzburg Festival in August 1992. Since 1987 he has been guest conductor of the most important orchestras of Mexico City: Ofunan Symphony Orchestra, the Mexico City Philharmonic, the Symphony Orchestra of Mineria, the Orchestra of Fine Arts, Toluca Symphony. He has conducted famous choirs such as that of the Teatro Comunale di Firenze, the International Choir of Leuven (Belgium) and the Madrigal Choir of Bucharest. Starting from 1986 he has directed the most important American orchestras (in the states of Vermont, California, Wyoming, New York, Georgia, Illinois, Indiana, Pennsylvania) with symphonic repertoire. Since 1981 he has been the permanent musicaldirector of the Orchestra da Camera Fiorentina with which he held over 1800 concerts of various repertoire for prestigious concert institutions such RAI, Radio Televisione Italiana. With the same Orchestra he made 28 tours in several countries including USA, Mexico , Malta, Spain, performing in the most important theaters such as Teatro della Pergola, Teatro Verdi and Teatro Comunale of Florence. Giuseppe Lanzetta was invited as guest conductor several times in Vienna with the Wiener
Kammersolisten and the Ungarische Kammerphilharmonie in the legendary Musikverein Hall and the Konzert Haus.
In America and Europe he has been working with famous soloists; among these we can mention Leon Spierer, Johan Hye, Sergio Fiorentino, Andrej Kalarus, Margarita Hohenrieder, Nicolae Tudor, Augusto Vismara, Martin Dimitri Sgouros, Marie Luise Neunecker, Gary Karr, Eduard Brunner, Roland Andreas Blau, Ilya Grubert, Daniele Damiano, Michele Campanella , Bruno Canino, Giuseppe Andaloro, Giovanni Sollima, Aldo Ciccolini, Igor Hoistrach, Jorge Demus, Ivan Zenati, Turibio Santos, Cristiano Rossi, Alessandro Carbonare, Alessio Allegrini,
Francesco di Rosa, Francesco Bossone, Sergei Nakariakov, Oleg Marchev, Anner Bylsma, Igor Oistrach, Sergey Krilov, Ton Kopman, Andrea Oliva, Luca Benucci, Fabrizio Meloni, Francisco Pacho Flores, Rex Richardson, Massimo La Rosa, Vincenzo Paratore, Allen Vizzutti, Gene Pokorny. He has also worked with Roberto Benigni in a memorable concert in Piazzale Michelangelo as well as conducting many of the New Year’s concerts of the City of Florence. Maestro Lanzetta is author of numerous chamber and symphonic compositions which has been performed and broadcasted by RAI Radio Televisione Italiana. Thanks to his intense artistic activity at the head of prestigious chamber and symphonic ensembles, the international critics have defned him as one of the brightest conductors of the his generation. In 2005 he was awarded with the Beato Angelico Medal, in 2006 he received the Florence Award for Music and Art, in 2010 the prestigious “Una vita per la Musica” award, in 2013 the Galileo award for Musical Entrepreneurship and in 2015 the Bel San Giovanni award
for his international career.
He holds the Chair of Orchestral Practice at the Santa Cecilia Conservatory of Music in Rome. In 2012 he was awarded the title of Knight of the Order of Merit of the Italian Republic by President Giorgio Napolitano and in 2017 that of Commander of the Order of Merit by President Sergio Mattarella. He was reconfrmed until 2023 Chief Guest Conductor of the Mid-American Production, which performs its concerts at Carnegie Hall and at Lincoln Center in New York.